A family business established in 1960, and now into its second generation, we pride ourselves on our New Zealand made jewellery.

From individual custom-made designs to volume production pieces featuring rings, earrings, pendants and brooches in all the precious metals. Precious to semi precious gemstones sourced directly by us from our overseas suppliers allows us to present very competitively priced jewellery and gem stones.

As manufacturing wholesalers, we supply to jewellery retailers throughout New Zealand and export throughout Australasia.

Our collections of rings, earrings, pendants and brooches range from the modern contemporary to antique reproduction utilising all the colours of the rainbow with our gemstones.

In producing all our own designs, we have the ability and creativity to be able to produce uniquely styled pieces when required.

Growing up in Austria during the 2nd World War, Karl Plank arrived in New Zealand in 1953.

He had completed his jewellery apprenticeship in his home town of Feldkirk before working a short time in Switzerland.

His first two years in New Zealand were spent with his brother, a builder, in the Waikato carrying out construction contracts for the government before securing a position as a jeweller in Wellington.

A few years later, Karl teamed up with Bill Smythe, a diamond setter and moved to Auckland where they undertook jewellery contract work for then leading retailer, Brownson’s Jewellers.

Striking out on their own as Plank & Smythe, they grew rapidly, and at one time employed a staff of 28. They expanded into production jewellery and had an extensive range of diamond and men’s jewellery.

In the early 1970’s, the partnership of Plank & Smythe was mutually dissolved.

Karl continued with developing the range and moved into precious and semi precious coloured stone jewellery. It was then he registered the trademark “Solar”. (A reflection of mankind stepping outside boundaries, having recently landed on the moon, with the universe now theirs to explore, which Karl aspired to reflect in his jewellery designs.)

In 1975, his eldest son, Roland joined the company as an apprentice, during which Roland received an award in the national senior apprentice jewellery competition.

In 1979 Roland left New Zealand to gain further experience, spending some time working in Germany under the guidance of Johannes Kemter – himself a recent winner of the prestigious German national jewellery design competition.

On Roland’s return to New Zealand, he began managing a recently purchased jewellery store on Queen Street, Auckland whilst Karl continued to run the factory.

In 1982, at the age of 51, Karl succumbed to cancer, in part no doubt from having been given cigarettes from the age of 9 to help dampen hunger pangs from food shortages caused by the war.

Roland sold the shop in 1986 to concentrate on the manufacturing side of the business, with new markets now growing in Australia, Japan and the Pacific Islands. In the mid ‘90’s, with a young growing family, Roland decided to scale back the business, preferring to concentrate more on the local New Zealand market by wholesaling directly to the growing chain stores, emerging buying groups and independent retailers.

Sourcing gemstones directly from their network of overseas suppliers has allowed Solar Jewellery to produce an extensive range of New Zealand made jewellery at very competitive prices. 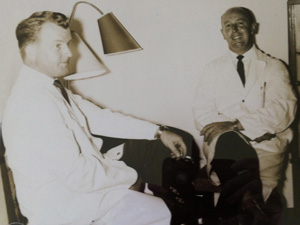 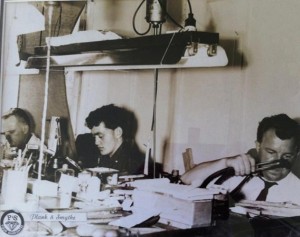 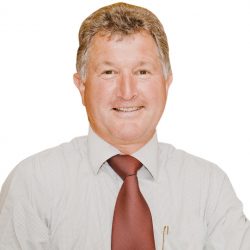